Predicting the Emmy Nominations: Best Lead Actor in a Comedy 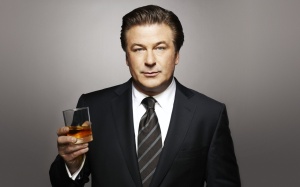 Here we go again…next up in the Predicting the Emmy Nominations series is Leading Actor in a Comedy Series!

Five of last year’s six nominees are eligible again this year, with Curb Your Enthusiasm‘s Larry David the sole drop-off. Two-time winners Jim Parsons and Alec Baldwin are sure to make the list again for their performance on The Big Bang Theory and 30 Rock, respectively. Cable darling  Louis CK from Louie, will also likely be back, while House of Lies‘ Don Cheadle is a serious contender to make the list again. I would love to predict that defending champ Jon Cryer will be left on the sidelines now that he’s won twice for his performance on Two and Half Men, but chances are he, too, will make the cut once again.

With David gone and Cheadle on the fence, that leaves at most two spots open for new blood. Adam Scott is effortlessly charming on Parks and Recreation, but thus far only Amy Poehler has been recognized from that show — will he break that streak? Will Jake Johnson join his New Girl co-stars Zooey Deschanel and Max Greenfield as an Emmy nominee?  Can Jeremy Sisto follow up his Critics Choice Award nomination with an Emmy nod as well?

Unfortunately for Scott, Johnson and Sisto, I think the answer to those questions is no. I’m guessing the real contenders to fill the open spots will be three men previously nominated for their performances — Johnny Galecki for The Big Bang Theory, Matt Leblanc for Episodes, and Jason Bateman for Arrested Development. Galecki’s show is hotter than ever, but will the fact that Arrested Development is so fresh in voters minds end up pushing Bateman over the edge?

Thoughts on TV, movies, theater, books and more from an opinionated pop culture addict
View all posts by allinsparetime →
This entry was posted in Uncategorized. Bookmark the permalink.